A place of promise 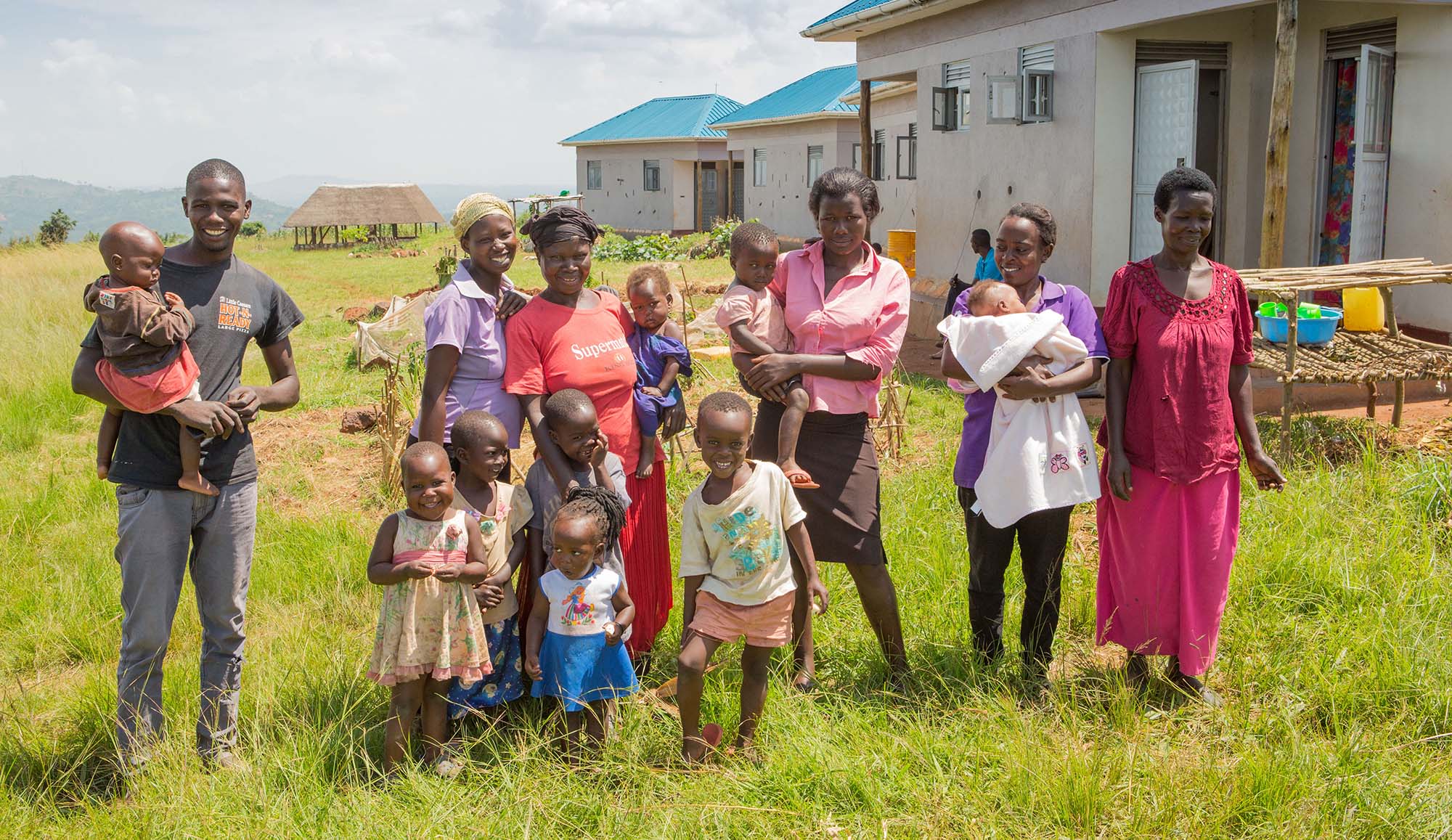 The Family Centre is a place of restoration for families who want to see change in their lives. We are delighted for those who took this big step to join the programme for five months back in May and have just graduated this September. While at the centre, they have been trained in various skills, including farming, business skills, saving, parenting and nutrition. And they have received spiritual and social support from our team the whole way through. Over the course of their stay we have seen a real change in these families as they have grown in confidence, recognised their potential and understood that God has a plan for their lives.

Here are some of the testimonies from the families themselves.

Mama Stephen is a single mother who lived with her son in K2. She had no permanent job and relied on causal work, such as washing plastic bags, to feed her family. Mama Stephen had been unwell for a long time and was suffering from seizures but did not understand what was wrong. At the end of the programme Mama Stephen said, “Before I came to the Family Centre I was sick, grumpy and kept to myself.” When she arrived we noticed that she was very quiet and seemed ashamed of who she was. A lot of the people in the community also did not understand Mama’s sickness. Once she was at the Family Centre we were able to support Mama Stephen in going to the hospital to find out what was causing her seizures. She was diagnosed and put on the correct treatment. She told us that, “Since coming to the Family Centre I have been able to get medication for my sickness. I feel so much happier. Sometimes I sit in my house and just feel overwhelmed with joy and laugh out loud!” We have seen a marked difference in Mama Stephen; she is happier, healthier and stronger, and has built relationships at the local church. She said, “I am excited about what Jesus is doing in me and excited to go back to my family and the village I come from to share what Jesus has done in my life.” We are so happy for Mama Stephen as she goes back to her home village and family to share her knowledge and skills.

Mama and Tata Elijah lived in K2 with their two children. Tata is a builder but was unable to get regular work and Mama would also try and make money to provide for the family through washing and selling plastic bags. However, this was difficult for her to keep up consistently due to a previous injury. When they were able to get a small amount of money, Tata would often use it to buy alcohol. This caused a number of arguments and serious issues between them. After Tata had been at the Family Centre for a few weeks, he gave his life to Jesus! He stopped drinking and Mama told us, “We don’t fight any more, we work together as a family.” We have seen a massive change in this family. As they continued to work together as a team, Tata’s attittude completely changed from when we knew him in the community. He is now full of joy, life and encouragement to his wife and children as well as the other families.

There was more joy at the end of the programme as Mama Elijah gave birth to a baby boy! This is our first baby born at the Family Centre. Mama showed incredible strength and courage, she said, “It was Jesus that helped me through the delivery.”

Jaja Sarah lived with her three grandchildren in K1 in a small, cluttered house. She was unable to find regular work and provided for her family doing various jobs, including cooking maize at the side of the road. She tried to start several businesses but failed. She found it difficult to have hopes or plans for the future, merely focusing on one day at a time for herself and her grandchildren to survive. Jaja Sarah’s health was poor and made worse by her cramped living conditions. During her time at the Family Centre she has worked really hard and learnt many skills. She now has a plan for both business and housing when she moves back to her village, and is now not only able to talk about her future positively but has a clear idea of how she will work towards it.

There have been many wonderful stories over the past five months. All of the families engaged well with the teaching programme, eager to learn more and come up with income generating ideas. The men even suggested an initiative of burning and selling charcoal while at the centre. They did this as a side business, selling to other families in the area and adding to the savings that they took away with them at the end of their stay. The families also chose to hold their own ‘Worship Nights’ and initiated discipleship groups to support each other spiritually. It has been incredible watching them grow, learn and develop in all areas of their lives and a privilege to be a part of their journey.

We are now getting excited about seeing more lives changed in the next programme, which will be starting in January 2017.