Strength for the weak 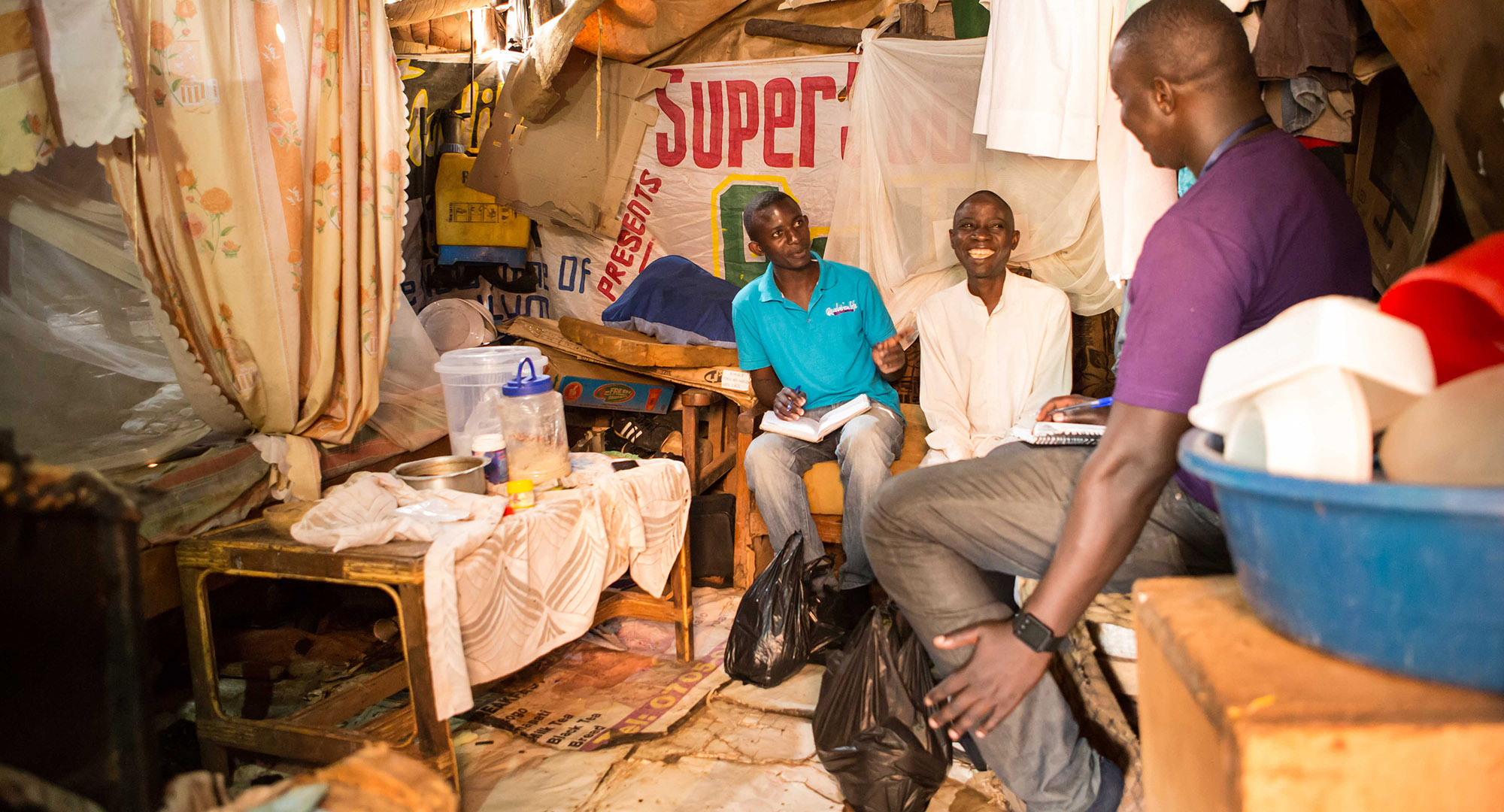 Emmanuel is 36 and lives in Banda Slum. A builder and electrician by trade he also had a business marketing and selling fruit in the city. In this way he was able to provide for his family every day as well as send his children to school. This came to an abrupt end, however, when he suffered a serious hernia, which required an operation. After initial success, the pain in his stomach returned and he had to go back for a further operation. The complications continued though and despite moving from hospital to hospital and undergoing many tests there was no change and the pain continued. Due to the chronic pain and deteriorating health, Emmanuel could no longer carry on his business or work, money ran low and this left the family in great difficulty. Under the strain and frustration of the ongoing sickness his relationship with his wife broke down and she eventually left him. On top of all this in October of last year Emmanuel’s nephew, who was like a son to him, died, adding further pain to an already desperate situation.

When Moses, one of our social team, saw Emmanuel earlier this year he had been bedridden for many months through his long-term sickness but also due to severe malnutrition, which had left him weighing only 40kgs (just over 6 stone!) and unable to walk or even sit himself up in bed. He had to call for his daughter or neighbours to help him using a loudhailer. He had lost all desire to eat and just lay in his bed every day with no hope of living a good life ever again. He said he was, “Simply waiting for God to take him”.

The Social Team began to visit Emmanuel each day to provide psychological help, encourage and pray for him. We also prayed for him each week in our devotions time at the office and asked our prayer team in the UK to join with us. The Community Health team put Emmanuel on their Nutrition Programme, providing him with high protein porridge and a high-energy diet to strengthen his immune system and bring his weight back towards normal.

In two months Emmanuel had gained 13kgs (2 stone) and the signs of severe malnutrition had disappeared. He began to smile, talk more often and sit himself up. A week or two after this, a couple of the Social Team were delighted and amazed when, as they were passing the well in Banda, who should walk round the corner but Emmanuel on his feet again!

Emmanuel is now much stronger and is able to do light work. Both the Social and Nutrition Team continue to visit every week to support him and monitor his progress. In addition to his physical recovery, it has been amazing to see him grow enormously in hope and joy. He is now so full of expectancy for the future and has already begun selling fruit again. He told us the other day, “If it were not for Revelation Life I would probably have followed my son to the grave.” Praise the Lord who is always able to bring light and new life despite the darkness of any situation!

Now that Emmanuel is doing well, we want him to remain that way, and so we are encouraging him to join one of our Community Groups so that he is no longer alone in his challenges. We encourage all community members that we support and especially those who are on our Nurtition Programme to join a group. Being in a group means that people have friends around them as a safety net in crises through prayer and help; a setting to learn new skills to earn money and a place for encouragement to keep seeing improvements in their lives.

You can help us build, train and equip Community Groups to support the many vulnerable and isolated people like Emmanuel in slum communities. For just £15 a month a group can be equipped, trained and given hope.

Sign up to ‘Bright Hope is Rising’ and we will update you regularly with photos and stories about group members’ families and how the community is changing.